People are usually thrilled when they start a new job. The ‘new job feeling’ is not unlike the ‘new date feeling’ or ‘the new car feeling’. It takes most of us a while to decide whether the date will become a mate and if the car is a keeper or a lemon.

Most new jobs have a three month ‘honeymoon’ period, although many people begin to feel disenchanted much sooner than that. On-boarding is the experience that a new employee has when they first come ‘on board’ at an organization. There are many studies that have demonstrated how critical on-boarding is. Large organizations invest billions of dollars in the on-boarding process for orientation sessions, training, lunches, dinners, etc. The success of these investments varies wildly and can determine how long an employee will stay with an organization, how productive and engaged they will be while they are there, and why they will leave. 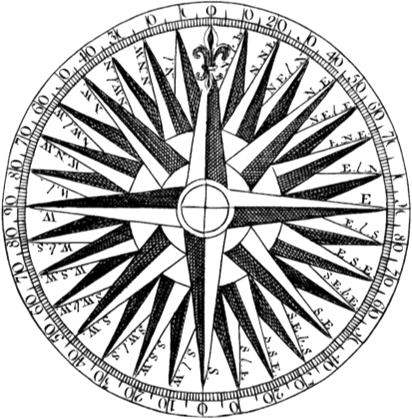 1. A woman from India was recruited for a managerial IT position by a Fortune 50 company located in a rural area of a Southern state in the U.S.. She was a Hindu and a vegetarian. She expressed serious concern about becoming acclimated to her new culture as she had no idea where she might go to worship. The meals provided at the new hire orientation that she attended were inedible as every day only ham and egg on a biscuit was provided for breakfast. It was difficult for her to even find a meatless salad for lunch. She would eat at home early each morning and then not eat again until dinner each evening. Her cultural differences were never considered when she was hired and as a result she resigned within a month of her first day of employment.

This company could have saved a great deal of money, frustration and negative feelings if they had learned about their new employee’s culture during the hiring process and had provided cultural competency and inclusion training to those responsible for the orientation sessions and her on-boarding.

2. During a new hire orientation presentation, a representative of an organization’s Diversity Department pulled up a chair and sat down with his legs spread, one foot straddling his other knee such that the bottom of his shoe was facing the audience of new employees. Then he stood and put one foot on the chair. A few of the participants became visibly uncomfortable and were silent during the Q&A segment of the session. The presenter was at a loss as to the cause for the employees’ shift in engagement.

Even diversity professionals can make cultural gaffs if they are not provided with effective cultural competency education. Showing someone the bottom of your shoe, the lowest and dirtiest part of your body, is considered an insulting message in many Arabic countries. Putting your foot on a chair is considered insulting in some Asian cultures. The presenter thought that he was creating a relaxed atmosphere by using these gestures, but the result had the exact opposite impact. Intent vs. impact is a familiar concept in the field of discrimination that is often overlooked in the ‘softer’ field of diversity, sometimes with serious results.

3. A new manager orientation session included ‘partner’ interviews and introductions. The participants were paired-up and instructed to interview each other, asking 5 key questions, including the name of their favorite sports team. One interviewee told her partner that she was not interested in sports. He asked her where she was from and she replied, “New York City.” When he introduced her as a ‘Yankee Fan’ several other participants booed. She was highly embarrassed and complained to the facilitator at the end of the session who told her that she was overreacting and should not take the booing seriously.

Awareness of regionalism, including the impact of sports rivalries, is an important competency for trainers, especially those trusted to facilitate new hire orientation sessions. A new employee’s relationships are established during their on-boarding and any reinforcement of negative stereotypes can impact their success long afterward by creating barriers in those relationships.

How likely are these valuable new hires to become loyal, long term employees at the organizations described above, based on their on-boarding experiences? People need to be invited or included to really feel that they belong as part of an organization and that invitation must go beyond a job offer. Behaving in an inclusive manner is not necessarily intuitive, as we see with the diversity professional described above. Employees, especially supervisors, managers, and trainers need to be developed to be inclusive leaders with high levels of cultural competency if they are expected to know how to effectively create inclusive on-boarding experiences for new employees.

Why Does This Matter?

As the economy recovers, those who have not felt truly invited to become a part of a successful, innovative team will begin to seek out employers who will make them feel welcomed. Those employers understand that a high level of organizational cultural competency is required if they are to succeed and earn profits. Job seekers, especially ‘millennials’, are doing in-depth research on employers before accepting job offers and those who have negative on-boarding experiences are posting those experiences online. So, after investing a great deal of money in recruitment, hiring and on-boarding high potential employees, are you confident that they are being on-boarded inclusively? If not, isn’t it a good time to make that happen?

~ Wendy
Let me know what you think.