Blogcivil rights, congress, democracy, discrimination, diversity, eeo, equity, feminism, history, human rights, independence, intercultural, Interdependence, sexual harassment, slavery, suffrage, vote, women, workplace
Some friends have asked me to provide a brief history of women’s rights in the United States. I am tempted to reminisce about my own involvement with the women’s movement, but that is not the assignment. This kind of exercise is always a good opportunity to review, remember and assess how far we have come while remaining mindful that we do not have full equity yet. As one trained as a historian, I really should not call this a ‘history’ or even a ‘brief history’ when it is more accurately a timeline. This is certainly not an exhaustive timeline, so I have included links to websites that provide more in-depth information. I am not going to editorialize or share my opinion or feelings about anything listed here – this blog post is strictly an informative entry. Should you learn something new, that would be great. If you have any questions about anything here, please let me know. OK, I think that I have covered all of the disclaimers and explanations, so let’s go!
1776 Abigail Adams writes to her husband, John Adams who represented the Colony of Massachusetts at the Continental Congress on March 31: 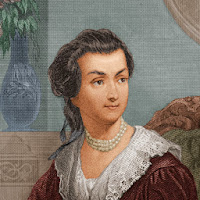 “I long to hear that you have declared an independency. And, by the way, in the new code of laws which I suppose it will be necessary for you to make, I desire you would remember the ladies and be more generous and favorable to them than your ancestors.” http://www.nwhm.org/education-resources/biography/biographies/abigail-smith-adams/

1787 US Constitutional Convention places voting qualifications in the hands of the states. Women in all states except New Jersey lose the right to vote. http://www1.cuny.edu/portal_ur/content/voting_cal/the_constitution.html
1807 Women lose the right to vote in New Jersey, the last state to revoke the right.
1848 The acknowledged start of the FIRST WAVE of Feminism.
The first women’s rights convention takes place in Seneca Falls, New York. Participants sign a Declaration of Sentiments that call for equal treatment and voting rights for women. http://www.nps.gov/wori/historyculture/report-of-the-womans-rights-convention.htm
1851 Former slave Sojourner Truth: http://www.nps.gov/wori/historyculture/sojourner-truth.htm Delivers her speech, “Ain’t I A Woman?” At the Women’s Rights Convention in Akron, Ohio:

Well, children, where there is so much racket there must be something out of kilter. I think that ‘twixt the negroes of the South and the women at the North, all talking about rights, the white men will be in a fix pretty soon. But what’s all this here talking about?
That man over there says that women need to be helped into carriages, and lifted over ditches, and to have the best place everywhere. Nobody ever helps me into carriages, or over mud-puddles, or gives me any best place! And ain’t I a woman? Look at me! Look at my arm! I have ploughed and planted, and gathered into barns, and no man could head me! And ain’t I a woman? I could work as much and eat as much as a man – when I could get it – and bear the lash as well! And ain’t I a woman? I have borne thirteen children, and seen most all sold off to slavery, and when I cried out with my mother’s grief, none but Jesus heard me! And ain’t I a woman?
Then they talk about this thing in the head; what’s this they call it? [member of audience whispers, “intellect”] That’s it, honey. What’s that got to do with women’s rights or negroes’ rights? If my cup won’t hold but a pint, and yours holds a quart, wouldn’t you be mean not to let me have my little half measure full?
Then that little man in black there, he says women can’t have as much rights as men, ’cause Christ wasn’t a woman! Where did your Christ come from? Where did your Christ come from? From God and a woman! Man had nothing to do with Him.
If the first woman God ever made was strong enough to turn the world upside down all alone, these women together ought to be able to turn it back, and get it right side up again! And now they is asking to do it, the men better let them.
Obliged to you for hearing me, and now old Sojourner ain’t got nothing more to say.
1866 Congress passes the 14th Amendment, which grants all citizens the right to vote. It is the first time that “citizens” and “voters” are defined as “male” in the Constitution. http://www.archives.gov/exhibits/charters/constitution_amendments_11-27.html 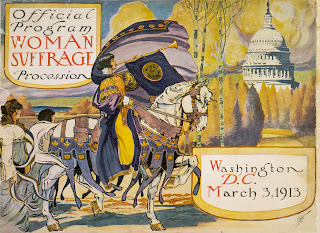 1869 Susan B. Anthony and Elizabeth Cady Stanton form the National Woman Suffrage Association, while Lucy Stone and others form the American Woman Suffrage Association. http://www.nwhm.org/education-resources/biography/biographies/susan-brownell-anthony/
1896 The National Association of Colored Women is formed out of more than 100 black women’s clubs. http://www.nacwc.org/
1916 Margaret Sanger opens the first American birth control clinic in Brooklyn, NY. Within ten days, the clinic is shut down and Sanger is arrested. She eventually wins legal support and opens another clinic in 1923. http://en.wikipedia.org/wiki/Margaret_Sanger
1920 Congress passes the 19th Amendment, granting women suffrage. [Suffrage is the right to vote in a national election.] It passes in the Senate by only two votes. http://www.archives.gov/exhibits/charters/constitution_amendment_19.html 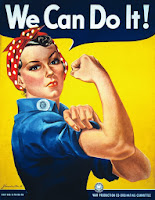