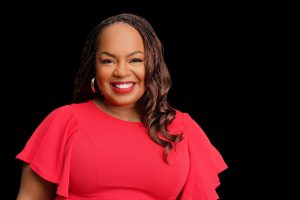 Paula  is an attorney and CEO of PGE Consulting Group LLC, a strategy firm that provides diversity, equity, inclusion, belonging, and professional development solutions for organizations.

Paula has been featured in publications including the New York Times, Bloomberg Law, Essence Magazine, and Business Insider.

Paula is active in numerous organizations including her current role as Treasurer and past President of the Metropolitan Black Bar Association (MBBA), New York State’s largest Black bar association, and serving as President of its charitable arm, Friends of the MBBA, Inc.

Paula received her B.A. in Anthropology from California State University (Fullerton) and her J.D. from the City University of New York School of Law.

Paula has been recognized by The Network Journal Magazine as a “40 Under Forty” Achievement Awardee, a Ms. JD “Woman of Inspiration”, and a “Rising Star” by A Better Chance. She has also received the Distinguished Alumni Award from the Black Law Students Association at CUNY Law School and the Ruth Whitehead Whaley Service Award from the Association of Black Women Attorneys (ABWA).

Stay up to date with Paula at paulaedgar.com, Linkedin, and on Twitter (@PaulaEdgar) 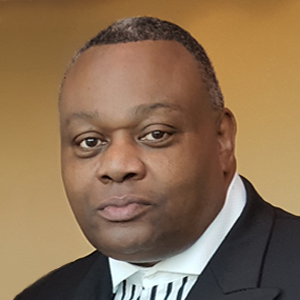 Arthur T. Matthews J.D. is the Chief Operating Officer and principal partner of Matthews & Matthews Consulting which is a boutique firm specializing in divergent aspects of labor and the workforce. His areas of expertise include but are not limited to diversity & inclusion, leadership, conflict resolution, stress awareness, organizational change, and sexual harassment awareness. His clients are primarily unions, government entities, corporations, and not for profit organizations. Some of his clients include but are not limited to Con Edison, Communications Workers Union of America the Centers for Disease Control and Prevention, the EEOC, Columbia University, the City University of New York, NYU, and the New York City Health and Hospitals Corporation.

He started his teaching career in 1987 first at Medgar Evers College/CUNY and then spent years teaching IBEW Local 3 apprentices at Empire State College/Van Arsdale School of Labor Studies. He taught Contemporary Labor Issues, Race, Class, and Gender, and Labor History. In addition, from 2007 to 2014 he served on the faculty at the George Meany Center/National Labor College.

He currently serves on the faculty of NYU, Cornell University School of Industrial and Labor Relations, and the University of Arkansas. He teaches seminar, certificate, boot camp, undergraduate, MPA and MBA courses in areas such as mediation, arbitration, diversity, leadership, public speaking, ethics, labor, and organizational change. Lastly, in 2016 and 2017 he lectured at the Clinton School of Public Service and the Harvard University School of Law, respectively.

Arthur earned his Juris Doctor degree from Howard University School of Law where he served as President of the Student Bar Association. It was in this capacity that he led hundreds of law students in the march that helped enact MLK Day as a national holiday. Moreover, he proudly hosted one of the last public appearances of Supreme Court Justice Thurgood Marshall. The CEO of his firm is his wife Evelyne R. Matthews who is also a lecturer and part time actress. They have two sons Joseph and Jaleel and a grandson Jaylen.

This was a very welcomed and well-done training. The best I have ever attended and I look forward to continuing this. Paula brought up many great points and some things that had not even crossed my mind that we should be thinking of. Thank you, Paula