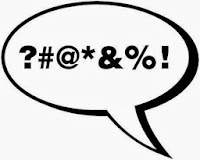 “Sticks and stones may break my bones, but words will never harm me.”
My mother, like many mothers of children who were ostracized and tormented for being different, used this expression to assuage us – to no avail. We still got into physical fights with the kids in our building who called us the S-word and other Hate Words because our father was Puerto Rican.
One hundred years earlier, in March of 1862 the phrase was cited in “The Christian Recorder” of the African Methodist Episcopal Church, (Which was first published in New York City in 1852).
“Remember the old adage, ‘Sticks and stones will break my bones, but words will never harm me’. True courage consists in doing what is right, despite the jeers and sneers of our companions.” [http://www.phrases.org.uk/]
There are too many commonly used Hate-Words: African Americans are called the N-word, Italian Americans, the W-word, Chinese Americans, the C-word, Vietnamese Americans, the G-word and many more than I care to list in this short blog entry. (If you need me to spell-out or explain any of the phrases listed above please email me.)
In the 1980s, when I first began to develop sexual harassment prevention education, I cautioned participants that words are actions and may lead to an escalation of inappropriate and illegal behavior from verbal to physical if not addressed by someone in authority. Bullying of any kind must be dealt with directly by teachers, supervisors and CEOs.
The R-Word
I have long been deeply perturbed by the usage of the derogatory R-word as the name of an American football team based in our nation’s capital. The team that was originally the Boston Braves when it was established in 1932, became the Boston Redskins a year later (1933–1936), then moved to Washington D.C. in 1937 where they still go by that same offensive name.
Perhaps not coincidental to the name is the fact that in 1962, Washington was the last American football team to integrate racially and they did so only after the federal government threatened to sue the owners as D.C. stadium, where they played at the time, was U.S. property and so segregation was illegal there.
I strongly urge everyone to stop using the R-word entirely.
The K-Word:
Etymonline.com provides the history of another insidious hate word:
“1790, from Arabic kafir “unbeliever, infidel, impious wretch,” with a literal sense of “one who does not admit the blessings of God,” from kafara “to cover up, conceal, deny, blot out.” Technically, “non-Muslim,” but in Ottoman times it came to be used almost exclusively for “Christian.” Early English missionaries used it as an equivalent of “heathen” to refer to Bantus in South Africa (1792), from which use it came generally to mean “South African black” regardless of ethnicity [African or Indian], and to be a term of abuse since at least 1934.”

How many times did Nelson Mandela hear the K-word used as a weapon against himself and others? How many times did he have to rise above unimaginable abuse to move from victim to victor, from one of many of the oppressed to a global symbol for freedom and human rights?

The Universal Declaration of Human Rights was adopted by the UN General Assembly on 10 December 1948 as a result of the atrocities committed during the Second World War.The Commission on Human Rights was made up of 18 members from various political, cultural and religious backgrounds. Eleanor Roosevelt, widow of President Franklin D. Roosevelt, chaired the UDHR drafting committee.

Universal Values
The core principles of human rights first set out in the UDHR are universality, interdependence and indivisibility, equality and non-discrimination. The Declaration begins:
“Whereas recognition of the inherent dignity and of the equal and inalienable rights of all members of the human family is the foundation of freedom, justice and peace in the world,”
To continue reading: http://www.un.org/en/documents/udhr/index.shtml
What’s In A Word?
Native American tribal leaders have been appealing to the owners of the football team with the racist and derogatory name in an attempt to get them to change the team’s name by offering alternative names. Their appeals continue to fall on deaf ears. What words do the owners need to hear to understand how the R-word is an assault not only on Native Americans, but on all of us who value people’s inherent dignity?
Nelson Mandela did not transform South Africa from a nation crippled by Apartheid to a democracy for all of its citizens alone. He did not employ violence to achieve this lofty goal. He used words and his incredible capacity to listen – to the oppressed as well as their oppressors. In order for Nelson Mandela to talk to others in their language he had to learn their language by listening. Once he mastered that language he was able to use it to effectively dismantle a hateful and criminal system.
To move from hatred to recognizing our shared humanity – to move from Hate-words to a humanitarian language – is a lofty goal. It is incredibly fortunate for all of us that we have had role models such as former President Nelson Mandela to remind us that, however lofty they may be, our goals are achievable if we are optimistic enough to believe in them. Words can be transformed from weapons to tools for learning about and loving one another. This fairly simple concept is at the core of the work to create and sustain inclusive environments, work places, communities, and nations.
It is critical that we engage in conversations that may initially be uncomfortable, but in the long term can help us to understand how we have much more in common with one another than we think. It is fitting that on World Human Rights Day tens of thousands of people, including leaders from around the world gathered to honor and celebrate the life of one of our greatest humanitarians, Nelson Mandela.
Onward,
~ Wendy
wendy@inclusionstrategy.com
www.inclusionstrategy.com